Mount Constitution, rising nearly a half mile high above Orcas Island, is the highest point in the San Juan Islands.  Sitting on the crest is a stone tower replica of Russian watchtowers constructed in the Caucasus during the 12th century.  In the 1930s the Civilian Conservation Corps constructed this tower and the road and bridges which lead to the summit of Mount Constitution.  From the tower visitors can observe a 360 degree view of the surrounding area including shots of Mount Baker, the North Cascades, and the other islands of the San Juan Archipelago.

No trip to Orcas Island is complete without a visit to the top of Mount Constitution; a perfect culmination for hikers and bikers in Moran State Park.  Bright golden sunshine on the blues and greens of the San Juan Islands offer breathtaking panoramas from horizon to horizon.  Locals enjoy coming to Mount Constitution in the early summer mornings to see spectacular sunrises (if it’s not too foggy) over Mount Baker.  Even crisp days can provide views of the fog-laden San Juan Islands for a different sight of mystery and wonder.

The road to Mount Constitution is open annually (although for safety reasons it is closed during heavy snowfall).  Trails also lead to the summit from numerous starting points across Moran State Park including Cold Springs, Mountain Lake, and the West Boundary.  Take a Washington State Ferry from Anacortes to beautiful Orcas Island and see what has been lauded as one of the best maritime views in the world! 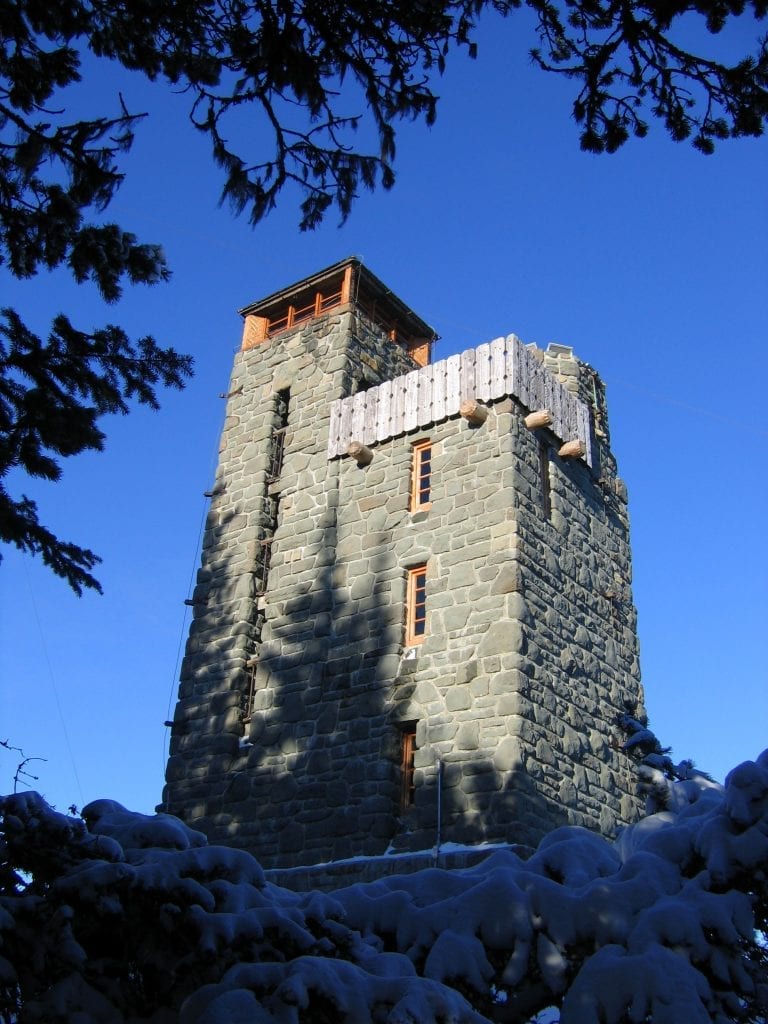 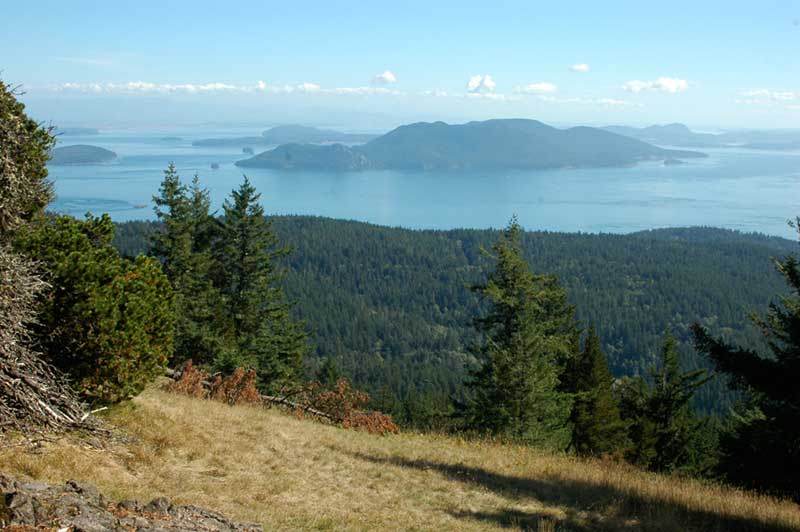 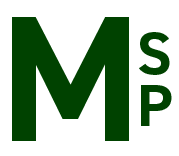 Designed By Orcas Online and hosted at Orcas Web